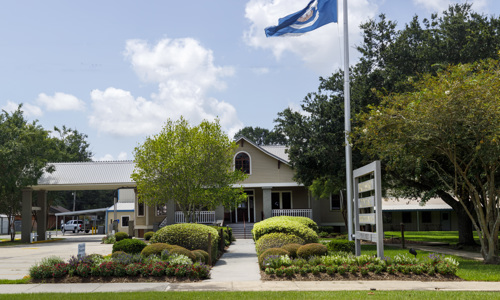 Immersing visitors in Cajun and Creole cultures, as well as our rich history, that make the vibrant city of Broussard a unique destination to everyone.

Broussard has too much to offer to be an afterthought. Our vision is to attract visitors from around the world to experience the historic yet forward-thinking small city that still feels like a small town. Come learn how we live our culture in Broussard.

The City of Broussard, Louisiana, boasts a rapidly growing economic climate to match its geographical one. Southern hospitality and charm combine with hot growth opportunities and cutting-edge 21st century technology in the heart of Cajun Country.

Originally named Côte Gelée (Frozen Hills) because of its hilly ridge area and the severe winter of 1784, Broussard was founded in 1884. It was named after Valsin Broussard, a prominent local merchant, who formed the first vigilante committee when his own store was robbed. He was also a direct descendant of Joseph Gaurhept Broussard de Beau Soleil, one of the first 200 Acadians to arrive in Louisiana on February 27, 1765, aboard the Santo Domingo.

Broussard has gone from a horse-and-buggy community, with large sugarcane plantation homes, to a present-day industrial community with more than 1000 businesses. It was designated a city in November 2002; however, one can still experience its charm and culture.